Putting ability into disability from AbSec on Vimeo.

Altogether, Aboriginal people of all ages are almost twice as likely to need assistance with a core activity — those things we need to do every day, like getting dressed and feeding ourselves.

Yet we access support services at a lower rate than other Australians do.

There are many reasons for this. The very concept of disability is foreign in many Aboriginal communities:

It’s also part of our culture to principally lean on family for care and support. It’s been noted by researchers that Aboriginal and Torres Strait Islander people with disabilities are mostly cared for within their extended family, rather than by professional service providers. This is the same across remote, rural and urban areas of Australia.

I grew up without being accepted. I had to choose between my identity as deaf or Aboriginal. I went to a deaf school and I didn’t have the same opportunities as my brother and sister to celebrate being Aboriginal. I’m hoping to set up a group where people like me can be proud to be both deaf and Aboriginal without feeling forced to pick one.

At TAFE they have opportunities for Aboriginal students but I wasn’t able to participate because I’m deaf. A lot of Aboriginal organisations aren’t set up to communicate with deaf people and the Deaf Society doesn’t understand my culture. I’m just tired of being left out.

We can provide support to more Aboriginal people with disabilities by building tailored, culturally appropriate services

It’s important that Aboriginal people have Aboriginal-run services to turn to. This is part of the Federal Government’s policy for the National Disability Insurance Scheme (NDIS) but needs more attention, funding and support.

Aboriginal people, in general, have a lack of trust in public services, owing to our long history of abuse by governments.

“For Aboriginal people, a collective legacy of negative experiences with mainstream agencies and services has led to a significant degree of fear and mistrust.” – NSW Ombudsman’s Report, 2010

This needs to be understood and respected through adequate public funding for our own, Aboriginal-controlled services, run by Aboriginal staff members.

Right now, the Aboriginal disability support sector is small, but with support from organisations like AbSec, it is growing.

Aboriginal people and the NDIS: What AbSec wants for NSW

AbSec is advocating for greater investment in Aboriginal community-controlled disability services in NSW because we recognise how vital these are for the welfare of our children, families and communities.

NSW is home to more people with disabilities than any other state or territory. Yet in the initial round of Federal Government funding for the NDIS, our state received only 5% of the funding pool for sector readiness (source: NSW Auditor-General’s Report, Building the readiness of the non-government sector for the NDIS).

To make real strides for Aboriginal people with disabilities in NSW, AbSec is calling for:

A commitment to tailored Aboriginal services already exists in the National Disability Insurance Agency’s Aboriginal and Torres Strait Islander Engagement Strategy. Now we need both Commonwealth and State governments to walk the talk and show their commitment is real.

Where to go for more information

AbSec has a listing of documents that will support your organisation to become a disability provider. 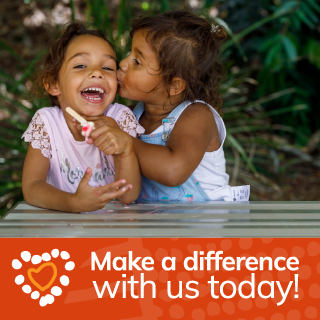