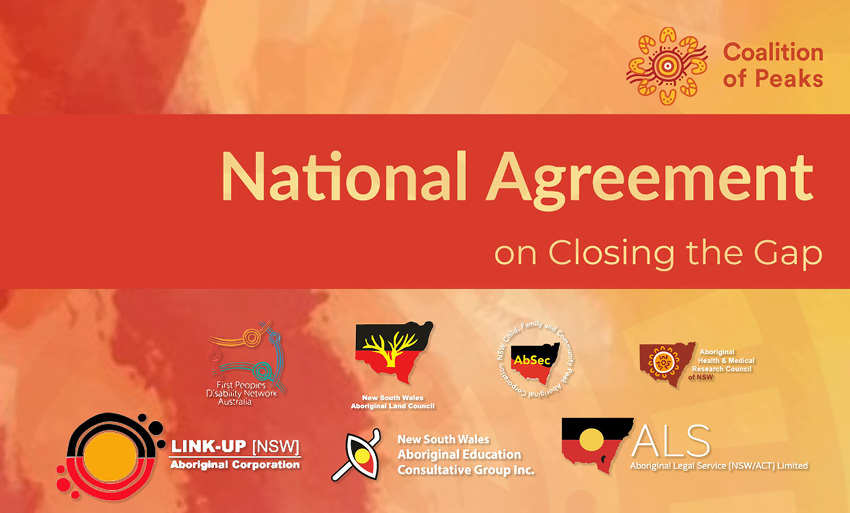 A new National Agreement has been signed on Closing the Gap between the National Cabinet, the Australian Local Government Association and the Coalition of Peaks, of which AbSec is a member.

This marks a historic turning point in relations between Aboriginal and Torres Strait Islander peoples and governments and looks to renew the focus on substantially improving life outcomes through the four Priority Reforms:

AbSec is particularly pleased with the inclusion of several targets aimed at improving the lives of Aboriginal children and young people, not only through reducing their interaction with the child protection and criminal justice systems but also in creating opportunities to thrive through education and employment.

For the Aboriginal children, families and communities in NSW that AbSec represents, the introduction of these new targets and implementation of the Priority Reforms means there is an acceptance from all levels of government that the number of Aboriginal children in out-of-home care must be reduced by 45 per cent by 2031 with the path to achieving this through Aboriginal-led solutions.

This reinforces the need for an independent Aboriginal Child Protection Commission in NSW that can hold live data in relation to Aboriginal children, families and communities and will guarantee comprehensive oversight of the child protection system and the dismantling of institutionalised racism within the structures and processes of agencies.

There must also be an assurance that while striving for this targeted reduction there is no rise in the proportion of Aboriginal children in out-of-home care or that children are not being moved to guardianship or adoption orders to misrepresent the statistics.

The targets alone are not enough to drive change but rather a method to monitor progress. The requirement now is that all governments commit to self-determination in decision-making and sustained funding for Aboriginal organisations.

In response to this historic moment Dana Clarke, Chairperson of AbSec, said “The new National Agreement is an excellent foundation to create the change that Aboriginal and Torres Strait Islander peoples need. The priority reforms put Aboriginal-led solutions at the forefront and outline the need for much of what AbSec has been campaigning for, such as an independent Aboriginal Child Protection Commission. We look forward to working with the NSW Government and key stakeholders to ensure we meet the new targets and implement the Priority Reforms.